An investigation by Follow the Money has revealed that two scientific journals have retracted publications by a Chinese researcher at the Erasmus Medical Centre. He could not sufficiently demonstrate that Uyghurs, a persecuted minority in China, had consented to their DNA being collected. ‘Retraction of a scientific article on ethical grounds is extremely rare.’

Human Genetics and the International Journal of Legal Medicine recently retracted two forensic studies of April 2019 for ethical reasons. One of the authors, Chinese Fan Liu, is affiliated with the Department of Genetic Identification at the Erasmus Medical Centre in Rotterdam. He is co-author of both studies. Liu came to Rotterdam as a master’s student in 2002 and has worked there as an assistant professor since obtaining his doctoral degree in January 2013.

Ziyi Xiong also collaborated on the article in Human Genetics. According to an Erasmus MC spokesperson, Xiong only received a part-time appointment at the Erasmus after completing this study.

Both scientific studies involved researchers working for the Chinese police. One of the authors of the article in the International Journal of Legal Medicine is even connected to the Xinjiang Production and Construction Corps (XPCC). This paramilitary organisation forces Uyghurs to work in cotton fields in Xinjiang and is involved in the camps in which at least one million Uyghurs are estimated to be confined. In December 2020, the US government banned the import of cotton from XPCC for this reason.

One of the authors of both retracted studies is Caixia Li, chief forensic scientist of the Ministry of Public Security in China. The study published in Human Genetics was funded by the National Engineering Laboratory for Forensic Science in China. The study published in the International Journal of Legal Medicine received funding from two forensic labs of the Chinese Ministry of Public Security.

The recently retracted scientific articles deal with the possibilities of tracing a person’s physical characteristics from DNA. This process is called phenotyping: using a DNA trace to determine a person’s observable physical characteristics, such as origin, gender, height, skin colour, eye colour, hair colour, type of hair and facial features. Forensic experts worldwide are researching this: it could be a tool for solving crimes. The Dutch police are already allowed to use this tool for detection purposes.

Data ends up in a DNA database

In December 2017, Human Rights Watch (HRW) warned that the authorities in Xinjiang province are collecting DNA on a large scale from Uyghurs aged between 12 and 65 in the area. In many cases, this is done by collecting blood samples under the guise of health exams (titled ‘Physics for All’). However, the blood samples are passed on to the Chinese police and are used to create profiles. This information is then linked to the donor’s national identification number. Although participation in these tests is officially voluntary, HRW states that coercion is the norm. Moreover, Uyghurs do not know what happens to the blood samples collected from them.

The DNA profiles are entered into a Chinese database. According to an Australian study, this is the largest DNA database in the world; it may contain more than 140 million profiles. And where other countries mainly store profiles of convicts, the Chinese police have also been collecting DNA on a large scale since 2013 from migrants, dissidents and minorities who have not committed any crime.

The Erasmus Medical Centre plays an important role in international forensic DNA research. In December 2019, Fan Liu was discredited following an article in The New York Times. The article described the involvement of Western companies and scientists in the Chinese programme that uses DNA to reconstruct a person’s face. The NYT cited two studies by Liu that had appeared in Human Genetics and the International Journal of Legal Medicine that year.

For the study published in Human Genetics, Liu used DNA collected from 612 Uyghurs from Tumxuk, an agricultural settlement in Xinjiang. In their article, the researchers state that this DNA was collected with the informed consent of the Uyghurs, who allegedly cooperated voluntarily after being informed of this in their native language. The research had been approved by the ethics committee of the Institute of Forensic Science, a division of the Chinese Ministry of Public Security.

The study that Liu carried out with others and published in the International Journal of Legal Medicine also states that all participants consented to their data being used. This research had also been approved by the Chinese Ethics Committee.

Belgian scientist Yves Moreau of the Catholic University of Leuven wonders whether there can be valid consent with studies involving the Chinese police. He tells Follow the Money that the investigations by Liu and his colleagues are ‘ethically problematic’. ‘The police should have declared that they would use these samples to create a database, and that this database would not only serve to catch criminals or find missing children but would also become part of a surveillance system being set up in Xinjiang and the rest of China.’

Moreau is a professor of engineering. In 2018, he was elected a Fellow of the International Society for Computational Biology for his outstanding contributions to computational biology and bioinformatics. In December 2019, in the scientific journal Nature, he warned about the risks associated with the misuse of DNA technology, particularly in China. While in Western countries the use of DNA profiles by police forces must comply with numerous laws and regulations, the Chinese police are bound by few rules in this area.

Thus, the conviction rate in China is high. In 2019, the probability of a defendant being convicted was 99.65%

Thus, the conviction rate in China is high. In 2019, the probability of a defendant being convicted was 99.65%.

Although the authors state that both studies had been approved by the ethics committee of the Institute of Forensic Science in China, in December 2019 – a few days after the publications in The New York Times and Nature – the editors of Human Genetics and the International Journal of Legal Medicine decided to place a so-called note of concern alongside the publications: a note that questions had raised as to whether the Uyghur DNA samples had been obtained in accordance with the medical standards of the Declaration of Helsinki, in which the World Medical Association has laid down the ethical principles for human medical research.

On 30 August 2021, the editors of Human Genetics reported that they had retracted the article by Liu Fan and his colleagues. The reason: after the editors asked them to provide documents to prove that the DNA samples were obtained with consent, the authors provided documents which, according to the editors, did not comply sufficiently. The editors could therefore not establish that all ethical protocols and standards had been met.

On 7 September, the editors of the International Journal of Legal Medicine also decided to retract the article by Liu Fan and co. for the same reason.

​In his response to the editors of both journals, Caixia Li, also on behalf of his fellow researchers, said he did not agree with the retractions.

‘If informed consent is not properly acquired, the study will not be allowed to be carried out, let alone published’

Jeroen de Ridder, associate professor of philosophy at the Free University in Amsterdam, says scientific articles are rarely retracted. ‘A major study in 2018 showed that in recent years it amounts to about four out of every 10,000 articles. That is more than 20 or 30 years ago, but still very few.’

In most cases, a study is retracted because the scientists themselves discovered an error after publiction. De Ridder: ‘I call those honest mistakes. Apart from that, you have all sorts of junk science, such as plagiarism or fabricated data.’

‘Failure to obtain valid or honest informed consent from study participants falls into that broad category. But as far as I know, this reason for retraction is very rare. In most countries and universities, this is thoroughly checked in advance by medical ethics committees. If this is not properly organised, the study will not be allowed to be carried out, let alone published.’

The Erasmus MC reports that Liu's work on the two retracted articles took place outside the Erasmus MC. He did not receive any funding from the EMC for either study.

According to the EMC, the fact that Liu is mentioned in both studies as being associated with the EMC is due to the fact that it is ‘not unusual to mention all “affiliations” in scientific publications’. When asked whether the Erasmus MC will take any measures against Fan Liu and Ziyi Xiong, the answer is short: ‘No’.

Dr. Liu is paid by the Erasmus MC for the work that he does in relation to his job at the Erasmus MC. His work regarding the retracted publications took place outside the Erasmus MC. Dr. Liu did not receive any funding for the research he conducted in China, which is described in these two articles. Dr. Xiong got a part time appointment at the Erasmus MC after publication of the article that he co-authored. The Erasmus MC has no cooperation agreement with the Bejing Institute of Genomics.

- Has the Erasmus MC been informed by the editors of both scientific journals of the retraction of these articles? If so, when?

No. The authors did not work on these publications as part of their appointment at the Erasmus MC. Dr. Liu is a part time employee of the Erasmus MC, which is why his position here is referenced in the articles. It is not unusual to mention all affiliations in scientific publications.

- Does the Erasmus University agree with the retraction of these articles?

We do not have an opinion about that; it does not regard the Erasmus MC or the Erasmus University. Because the Erasmus MC was not involved with dr. Liu’s research in China is betrokken, we have information on the datasets used, nor on any other aspects of the research as mentioned in thee articles.

- Wat is the Erasmus University’s position on the use of Uyghur DNA in its research, or in research that its employees conduct?

In general, we consider ethical questions involving our employees to be very important, and the Board of Directors is attentive in this regard. Simultaneously, we have to be able to depend on other (international) research institutes complying with general rules of scientific integrity.

- Will the Erasmus University scrutinise its own research in relation to the possible use of Uyghur DNA?

If there is any factual evidence of integrity problems involving our employees – we are currently not aware of those – we will most certainly discuss those with such employees. If needed, we will take adequate measures, whether these activities were conducted under our auspices or not.

- Will the Erasmus University take measures against the researchers involved in this matter, Liu Fan en Ziyi Xiong? 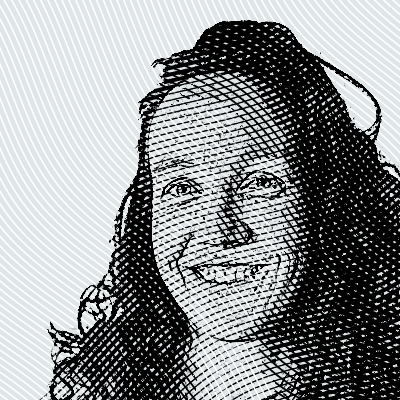 Annebelle de Bruijn
Investigative journalist. Works for Delta, the journalistic platform of the Delft University of Technology, and for Follow the Money. Loves to write (and read) about China.
Followed by 60 members You follow this author 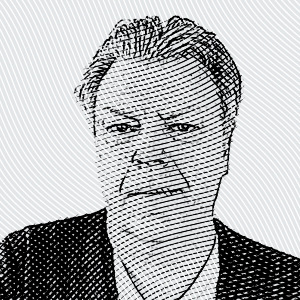 Siem Eikelenboom
Experienced investigative journalist. Was part of the international team that investigated the Panama Papers.
Followed by 2552 members You follow this author
Improvements or suggestions?   Send a news tip Cancel