The European Ombudsman has slammed the European Commission’s decision to withhold documents on recovery fund negotiations with the Swedish and Danish authorities.

What does Brussels know that Stockholm and Copenhagen don’t? asks the European Ombudsman rhetorically as it tries to understand why the European Commission decided to keep documents about talks with the two EU member states confidential.

Journalists involved in the international #RecoveryFiles investigation, led by Follow the Money, had requested access to documents on Commission meetings on these national plans. As we reported earlier, the Commission refused access to a wide range of documents – both in first instance and after a lengthy appeal.

Staffan Dahllöf, a freelance journalist from Sweden, based in Denmark, filed two access to documents requests: one regarding the discussions between the Commission and Sweden about its national plan and one about the Danish plan. The Commission largely refused access, but also handled the two cases differently, following which Dahllöf complained to the Ombudsman. The latter investigated the case and published its decision on Thursday.

The corona recovery fund and the Recovery Files

Before the Member States can claim the money, they have to submit a strategic plan to the European Commission, explaining the planned spending and the economic reforms that will make the country more resilient in the future. The Commission will assess the plans and either approve or reject them. Other Member States may also reject a plan.

Follow the Money has set up a cross-border collaborative project with journalists and media from twenty European Member States to monitor the implementation of the recovery fund: the #RecoveryFiles.

The Ombudsman concluded that the Commission ‘failed to give adequate and convincing reasons for refusing to grant public access to the documents in question’.

One such reason the Commission gave, was that releasing the documents would risk undermining the Nordic countries’ financial, monetary or economic policy. Surprisingly, that opinion was not shared by Sweden or Denmark. The Ombudsman noted ‘it is very difficult to understand [..] what insight the Commission has into the financial, monetary or economic policy of the two Member States that should prevail over their own views on what risks the disclosure of the documents would entail’.

The Ombudsman was also not convinced by the argument that publishing the documents would lead to undermining the financial, monetary or economic policy of the EU as a whole. ‘The arguments presented by the Commission remain vague and general in nature, making it difficult to distinguish them from any other event that could potentially affect the economy of the two Member States or the Union.’

The Ombudsman urged the Commission to take its comments into account when it deals  with ‘future public access requests covering the negotiations that took place on the RRPs’. Several of such requests are in fact still pending. RecoveryFiles-partner Matej Zwitter (Ostro) has been waiting almost a year for documents about RRP talks with Slovenia. Follow the Money too filed an appeal with the Commission to publish documents on discussions between the Commission and Dutch civil servants. This request, too, is overdue.

Peter Teffer
Investigates the European Union, with a focus on lobbying, subsidies, the many rules and (lack of) oversight.
Followed by 1252 members You follow this author
Improvements or suggestions?   Send a news tip Cancel 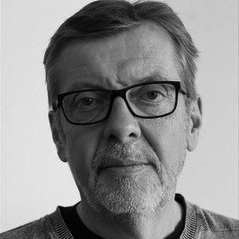 Staffan Dahllöf
Followed by 23 members You follow this author