For years, through the so-called Eastern Partnership, the European Union has been investing billions in former Soviet countries like Ukraine. The money is meant to help strengthen the economy, democracy, and the rule of law – and it’s a thorn in the Kremlin’s side. This week, the Member States will decide on the partnership countries’ prospects of joining the EU.

In the westernmost part of Armenia, only a few miles from the Turkish border, two huge eyes stare blankly at passers-by. The woman depicted in the mural painted on the side of a desolate building, is apparently trapped by screens and newspaper clippings.

This work of art is meant to make passers-by ponder fake news, an online statement explains. It is part of a Polish project – Artifake, Art invades fake – which aims to stimulate critical thinking about propaganda in Ukraine, Poland, and Armenia, through street art.

The creators see Russia in particular as a danger: ‘Ukraine and Armenia [..] fall under direct fire of Russian propaganda through their shared post-Soviet mentality and common Russian-language media space in the firing line of Russian propaganda because of their shared post-Soviet mentality and their common, Russian-language media landscape,' they state. One of their main financiers: the European Union.

Artifake is subsidised via a fund allocated to the Eastern Partnership, a partnership between the EU and Eastern European countries, which was established in 2009.

The previous year, Russia had forcibly blocked Ukraine and Georgia from joining NATO. Poland and Sweden then conceived a plan to instead go through the EU to strengthenties with six former Soviet countries: Ukraine, Georgia, Moldova, Belarus, Azerbaijan, and Armenia.

This did not please Moscow, which immediately accused the European Union of using the Eastern Partnership to establish a ‘sphere of influence’. ‘It’s about pulling countries from the positions they want to take as sovereign states.’ bellowed Russian Foreign Minister Sergei Lavrov.

Since then, billions of euros in subsidies have been flowing from Brussels to these six countries. Much to the frustration of Russia, which has continued to regard the initiative as a hostile Western project.

Follow the Money investigated which goals are served by the money flows, and what the effects are of this European subsidy policy. ​​The amounts involved are substantial. Between 2011 and 2022, at least 24 billion was distributed among the Eastern Partnership, largely through loans.

A major European lender is the European Investment Bank (EIB), which lends money for infrastructure projects. In addition, there is what’s called Macro-Financial Assistance (MFA), for loans to central banks of non-European countries, which has largely been used for Ukraine.

The third major source of money is the European Neighbourhood Instrument (ENI), which subsidises a diverse collection of projects of local authorities, international organisations such as the United Nations, civil society organisations, and companies.

It’s likely that more than 24 billion euros is flowing to the eastern region, but the financial reports from various institutions offer little certainty. For instance, the European Union has earmarked some 5 billion euros for its ENI neighbourhood instrument. But the Financial Transparency System (FTS) database – which provides an overview of beneficiaries from the EU budget – shows only 2.5 billion in expenditures. Possibly some money is yet to be allocated, although the European Commission declines to officially confirm this.

In addition, according to its website EU Neighbours East, the EU is involved in ‘over 500 ongoing projects in the Eastern Neighbourhood’. But the project overview on the site shows no more than 300 current projects.

A first look at that overview shows that a range of initiatives have been funded in recent years: from academic education to supporting agricultural development, from efforts to improve the rule of law to tackling youth unemployment, and from fairy tales for minorities to 3 million euros for coming up with a new name for Armenian cognac.

It is quite striking that the subsidised projects do not only pursue economic or constitutional objectives. While the European Union denies trying to implement a European ‘sphere of influence’, significant money is in fact being spent on initiatives with a decidedly European character, or even with the occasional anti-Russian accent, such as Artifake’s warning about Russian propaganda.

For instance, since 2020, the European Commission has allocated 10 million to ‘improve public understanding of the EU and its policies, as well as build societal resilience to disinformation in the EU and its Eastern Neighbourhood’ in the six countries.

This money goes to projects that aim to improve the European Union’s image. For example, by promoting its ‘democratic values, cooperation, and international solidarity’. Or by making Eastern Europeans more ‘aware’ of ‘the benefits of the EU to everyday life’ through ‘human interest stories’.

An average of 49 percent of residents in the six countries are ‘positive’ about the EU, a 4 percent increase

For this, the EU cooperates with national governments, but also with young activists, journalists, academics, and civil society organisations. Typical projects include the Georgia summer schools, where young people can, through education, sports, and games, learn about European citizenship values ​​and mutual cooperation. In mainstream education, too, the Union finances programs to promote European values.

In addition, it aims to strengthen a ‘critical’ and ‘independent’ press in the eastern neighbour countries. While it is rarely made as explicit as the Artifake project does, it seems that many of these subsidies are intended to counter Russian propaganda.

​​Brussels has also examined the effects of this policy, in particular on the perception of the European Union. In 2020, it noted with joy that just over half of the inhabitants of the partnership countries know that the EU provides financial support, and that just over half of that half think that the support is ‘effective’. That’s an increase of 10 percent since 2016.

In addition, an average of 49 percent of residents in the six countries are ‘positive’ about the EU, a 4 percent increase since 2016.

At the same time, opinion researchers conclude that Russia’s influence through ‘soft power forces’ – information campaigns emphasising, for example, that ‘European values’ clash with ‘family values’ – are still very effective in countries such as Azerbaijan, Belarus and Armenia. According to the researchers, the inhabitants of Belarus and Armenia also feel that they receive more financial support from Russia than from the European Union.

Other data, too, raises questions about the effectiveness of the European policy. One scientific report after another concludes that the subsidised projects generally have little impact.

For example, in 2019, European security policy think tank researchers pointed out the slow pace at which, amongst others, corruption is fought and the rule of law is protected, plus the erosion of democratic values ​​in parts of the region, and the decline in political and economic stability.

Trade economist and researcher Tinatin Akhvledian (CEPS) agrees that the Eastern Partnership is flawed. ‘When it was developed, there were pretty good ideas about what it was meant to achieve. But if you look at the economic effects, those expectations have not been met. The effects are limited with regard to matters such as unemployment, transport corridors, or the digital and green transformations.’

According to Akhvledian, progress has been made in Georgia, Moldova and Ukraine: ‘Because this trio has signed more far-reaching agreements with the EU, they have more tools to liberalise their trade and gain access to the internal EU market.’

In a geopolitical sense, the partnership is undeniably more influential. In late December – so, before the invasion of Ukraine – the Kremlin claimed that not Russia but the European Union is responsible for the increased tensions.

When the Eastern Partnership was developed, there were pretty good ideas about what it was meant to achieve

A spokesman for the Russian Ministry of Foreign Affairs referred explicitly to the partnership: ‘In 2009 the EU set up the Eastern Partnership, which aims to counter Russian integration initiatives and to create a sphere of influence in the post-Soviet space.’

Europe has always opposed this interpretation. Already at the establishment of the Eastern Partnership, Carl Bildt, the then Swedish foreign minister, emphasised that it was ‘not about spheres of influence’. He sneered: ‘The difference is that these countries themselves opted to join,’ referring to the 2008 Russian invasion of Georgia.

Yhe spark that lit the fire

But that interpretation has never been accepted by Moscow, as American historian Michael Kimmage knows. ‘President Putin doesn't make too much of a distinction between NATO membership and the Eastern Partnership. The latter, which led to the association agreement with Ukraine, is the spark that lit the fire in 2014.’

That is why it’s useful to take a critical look at this initiative, says Kimmage. ‘Europe must be aware of the consequences that ensued. The EU is not just a big festive project. It is also a political project. What to you might be mere economic interests, might be regarded by your neighbour as geopolitical moves.’

At the same time, Kimmage thinks it’s going too far to blame the Partnership for the war. ‘Look at World War I. Was it caused by the assassination of Franz Ferdinand, or were there deeper causes? Russia had been less and less willing to recognize the autonomy of its neighbours for some time. The Eastern Partnership has merely been seized as an opportunity to intervene.’ Last week, at the celebration of Tsar Peter the Great’s birthday, Putin himself no longer beat about the bush. What drives him primarily is ‘taking back’ what he considers to be historical-Russian areas.

The big question is how to proceed with the partnership, and what responsibility Europe bears for the six countries, which also need to maintain relationships with Russia.

Last December, two months before Russia invaded Ukraine, a European summit of government leaders made clear how complex the situation is in which the EU finds itself.

While Belarus sided with Russia and broke with the partnership, Ukraine, Georgia and Moldova hope to eventually find shelter under the safe and prosperous wings of a EU membership, as has been their wish from the start. As the then Ukrainian Deputy Prime Minister Hryhoriy Nemyria said when the partnership was established: ‘The strategic priority for our country is integration into the EU.’

Late this June, the European heads of government will discuss a possible expansion of the Union. So far, they have only offered money, not membership. But meanwhile, a growing number of Member States – since June 16, Germany too – want to hold out the prospect of membership, at least for Ukraine.

According to trade economist Akhvlediani, the Eastern Partnership can only be a success if there is indeed the prospect of a EU membership for Georgia and Moldova as well. ‘It is now up to the EU to formulate a long-term strategy, also for the other Eastern Partnership countries.’

In collaboration with Jasper Roorda
Translation by Chrid Kok 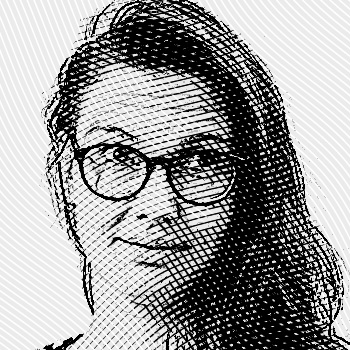 Ada Homolová
Data and investigative journalist. Uses Python to search for stories in huge spreadsheets.
Followed by 237 members You follow this author 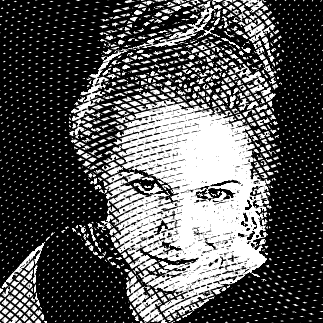