Pfizer earns billions from Covid vaccines purchased by governments. The vaccines have been developed in part thanks to research by universities, and are purchased with taxpayers’ money. But Pfizer prefers to pay as little tax as possible. The company successfully avoids tax authorities via the Netherlands.

Standing in front of this nondescript brick building in an office park in Capelle aan den IJssel, you would never guess that it houses a company worth billions. Yet here resides an enterprise with annual revenues of over 36 billion euros, which ranks it among the 15 largest companies in the Netherlands by turnover. With that kind of money, you would expect a prestigious, shiny building in a prominent location.

This is the home of the Dutch branch of the Pfizer corporation. The company expects a bumper year: over 2021 Pfizer hopes to generate revenues of over 21 billion euros from the Covid vaccine it developed together with the German company BioNTech.

Pfizer, until recently mainly known as the producer of Viagra, has struck gold. Pfizer and BioNTech were the first to market their Covid vaccine, and so far there have been no issues with side-effects – in contrast to several competitors. During the first three months of this year, the company saw its revenue increase by 42 percent to 14.6 billion dollars. That benefits all of us, claims Marc Kaptein, director of Pfizer Nederland, in an open letter published in de Volkskrant. He states that the company has invested 2 billion dollars in developing the vaccine. Pfizer and BioNTech expect to sell 21-billion-euros worth of vaccines in 2021. According to Pfizer, the profit margin on that sum is ‘in the high twenties’. A 25 percent margin would amount to more than 5,2 billion euros in profits.

And that is just the beginning. Last week the EU bought 1,8 billion extra doses of Pfizer/BioNTech vaccines. The vaccines will probably be needed for years to come, as follow-up vaccinations will be needed for billions of people to curb Covid-19.

‘A lot of money already went to the pharmaceutical industry, and now that amount will increase further, says Vincent Kiezebrink, of the Centre for Research on Multinational Corporations (SOMO), an independent research group. ‘Those companies will only become more powerful. And while a lot of public money goes to the development of pharmaceuticals, this industry profits from tax havens on a large scale.’ This was revealed, among others, by an Oxfam Novib investigation in 2018 that identified 135 subsidiaries of the four largest pharma companies in the Netherlands alone.

Pfizer, originally an American company, will most likely funnel the billions it receives from governments for its vaccine through tax havens – just as it does with its other earnings. These include the Netherlands, Luxemburg, Ireland and Delaware. For example, in the Dutch company register we can find a Dutch LLC, AHP Manufacturing, that belongs to Pfizer and falls under a Luxembourg-based holding company, Pfizer Shareholdings Intermediate SARL. That corporation’s statutes, in turn, show the involvement of corporations in Gibraltar.

Many of Pfizer’s activities outside the US fall under a Dutch corporation in Capelle aan den IJssel: C.P. Pharmaceuticals International CV (CPPI). CPPI has more than 350 holdings world-wide, including dozens in the tax havens Ireland (25) and Luxembourg (26).

A regular guest in tax havens

Pfizer makes no secret of the fact that it pays considerably less tax proportionally than your corner bakery. Its 2020 annual report notes an ‘effective tax rate’ of 13.5 percent (p. 63). The annual report of the CPPI corporation in Capelle aan den IJssel, states that it had an ‘effective tax rate’ of 14.7 percent over 2018/19. In other words: CPPI paid 2 billion dollars in tax. The previous year that had still been 17.4 percent, amounting to over 3 billion dollars in tax.

That sounds like a handsome contribution to the Dutch treasury, but unfortunately that is not the case: these numbers refer to what its foreign subsidiaries pay in their country of origin. A few pages further down, it becomes clear that CPPI pays nothing at all in the Netherlands. The annual report states: ‘In accordance with Dutch tax laws, CPPI CV is considered transparent in regard to Dutch taxes, and is therefore not subject to Dutch corporate or dividend taxes.’ The 10-billion-euros profit is therefore tax free. All profit can be paid out as dividend to the shareholders, without being taxed.

This structure allows CPPI’s revenues to leave the Netherlands without being taxed. However, an LP – a limited partnership – is not intended for these types of companies at all. It is meant to help groups of people to invest, for example, in real estate or film production. Silent partners (with limited liability) deposit money that the managing partner can use for production or investment.

The advantage of an LP is that it is ‘transparent’ for tax purposes, meaning that the tax authorities don’t ‘see’ it as an entity. The LP, after all, pays out its earnings to its partners, who are themselves already taxpayers. ‘It’s always difficult to see exactly what a multinational is doing, but this looks like a classic LP-LLC construction that many American multinationals use,’ says Jan Vleggeert, professor in tax law at Leiden University.

‘You have an LP in the Netherlands, loaded with subsidiary corporations from all over the world, while the shareholding partners are entities located in very low-tax jurisdictions. The LP holds your intellectual property – in the case of pharmaceutical companies, for example, patents for medications – over which you let your subsidiaries pay royalties. The Dutch tax authorities don’t see the LP, so the money passes through to the partners untaxed. American tax authorities do see an LP as a legal entity, but until recently could not levy tax – at least not as long as an American company does not transfer the money to the US, but keeps it as a “foreign piggy bank” with the Dutch LP. The LP in turn, can loan the money to subsidiaries.’

Pfizer has never taken the trouble to hide the fact that this is a sham construction. CPPI has the required minimum of two partners. The partners in question are two Pfizer subsidiaries in Delaware, an American state with a reputation as a tax haven. Both limited companies, Pfizer Manufacturing LLC and Pfizer Production LLC, have the same director.

At all times, and wherever it is active, Pfizer complies with all accountancy and tax regulations and pays all taxes owed

The American branch of Pfizer’s vaccine partner BioNTech is also located in Delaware. Practically all American companies are registered there. The motives for this are mainly fiscal, of course, but other incentives also exist: lax oversight, insufficient transparency, and very limited directors’ liability. The latter is an added bonus in a country where you can end up in court for serving coffee that’s too hot.

‘There is no conclusive definition of what constitutes an “aggressive” tax construction,’ says professor Vleggeert. ‘But it’s obvious that this company really strives to pay no taxes. You don’t set up a construction like this by accident.’

In 2018 the US made it more difficult to use these kinds of ‘hybrid’ constructions with alternative organisational structures, such as an LP. ‘That’s why many companies, Pfizer included, are altering the structure,’ Vleggeert explains. ‘Patents are now no longer included on the balance sheet. Currently, CPPI mostly seems to serve as a holding company for all those subsidiaries. That might explain why CPPI’s revenue and profits were still so high in 2019.’

‘Other tax-avoidance structures will probably be put in place,’ says Kiezebrink of SOMO. ‘It is difficult to predict if these will be less aggressive. It’s reasonable to assume that Pfizer will continue to try to avoid paying taxes. What form the new structures will take, I can’t say. For all we know, a smart tax lawyer will find a new, even bigger loophole in tax legislation, and we’ll be back at square one.’

‘Pfizer does business in more than 150 countries across the world,’ a company spokesman says in response to questions by Follow the Money. ‘At all times, and wherever it is active, Pfizer complies with all accountancy and tax regulations and pays all taxes owed.’ 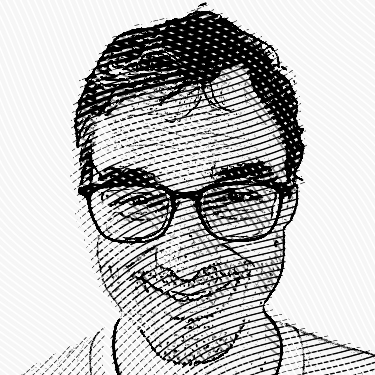 15 May 2021 17:49
knowledge or experience
Thank you for an excellent article, for sure more should follow in English language 😀

Peter Tetteroo Edited 15 may 2021 23:05
Pls follow the money from Pfizer to Marc Bonten and check the article in dubious overnu . nl