Pharmaceutical company Roche announced Friday afternoon that it will release the recipe for its lysis buffer if Dutch laboratories ask for it. Earlier today Follow the Money revealed that the European Commission was exploring options for an intervention in pharmaceutical company Roche, instigated by the possible abuse by Roche of its position of power on the coronavirus test market. Below you find the article that prompted Roche to release its recipe.

Pharmaceutical company Roche has come under severe criticism due to the limited capability for coronavirus testing in the Netherlands. The majority of laboratories in the Netherlands depends on Roche test kits and machines, while the company is only able to supply 30 per cent of the outstanding orders. According to the Dutch National Institute for Public Health and the Environment (Rijksinstituut voor Volksgezondheid en Milieu – RIVM), the company has also refused to release the recipe for a solution – so-called lysis buffer – which is needed for the tests. An investigation by Follow the Money (FTM), which was published yesterday, revealed that Roche is withholding this recipe. With the recipe, labs would be able to quickly make their own solution and ramp up their testing capability.

These findings prompted officials of the European Commission (EC) to contact FTM. They indicated that the EC is keeping its ‘eyes and ears wide open’. The EC has launched a preliminary investigation into the position of power Roche has on the Dutch market and is reviewing a possible abuse of the company’s dominant economic position. The Netherlands Authority for Consumers & Markets (Autoriteit Consument en Markt – ACM) confirms that it too is keeping tabs on the case.

Should the EC or ACM decide to step in, they could take steps in the form of ‘interim measures’, such as forcing Roche to provide supplies. The officials state that the issue is being handled with the necessary urgency. They say that the EC could act ‘fast’. ‘The Commissioner [for Competition – eds.] also supports swift action.’

According to the EC, it will contact the ACM very soon. Although in principle the ACM is authorised to take measures, the EC will possibly also take steps of its own. The first step would probably be sending a letter to Roche to increase pressure on the company. Should that not have the desired effect, formal measures may follow.

Sparing use of testing capability

It is noteworthy that earlier this week Roche called on governments and health organisations  to make sparing use of their testing capability. This is the only way to ensure the adequate supply of sufficient testing materials, according to the Swiss company. This appeal goes against the recommendations of the World Health Organization (WHO), which last week urged governments to test as widely as possible. It is the only way to curb the spread of the disease, according to the WHO.

Meanwhile, Roche has concluded deals for the delivery of testing materials with the United States, among other countries, which in the praising words of President Trump has greatly expanded the testing capability – 1.4 million in the short term, possibly 5 million later on. It is unclear how the company distributes its products among its clients around the globe.

Against this backdrop, the EC officials noted with astonishment that Roche plays a defining role in defining the Dutch testing policy. This is because Roche has provided the chairperson of trade association Diagned – Barbara Kamp – in which capacity she has joined a specially established Diagnostics Task Force, together with the Dutch Ministry of Health, Welfare and Sport, the RIVM and other parties. The task force is studying ways to combat the testing shortages. This raises the question of whether Roche is also promoting its own interests on the task force.

FTM asked the RIVM why the industry is represented on the task force and what influence it could exert on the testing policy. ‘It makes sense to involve suppliers in the meetings,’ a spokesperson informed us. ‘But the Outbreak Management Team (OMT) provides recommendations on the testing policy to the ministry. Membership of the OMT is a confidential matter.’ According to the RIVM, Diagned is not a member of the OMT. The RIVM also stated that the Ministry of Health, Welfare and Sport – and not the OMT – makes the policy decision to take more action to ramp up the supply of testing materials by Roche or other manufacturers.

A spokesperson of the Ministry of Health, Welfare and Sport revealed that the ministry and Roche will convene Friday afternoon to discuss the supply of testing materials. We have yet to receive a response to our question which steps Minister Hugo de Jonge is willing to take to ease the testing shortages.

It is evident that the RIVM – in stark contrast to the recommendations of the WHO – has so far favoured economical use of the Dutch testing capability. The laboratory of University Medical Center Groningen has disregarded this policy, which caused a controversy earlier this week. This lab turns out not to be dependent on a single supplier by spreading its risks over various manufacturers. This is in contrast with the situation of most other labs in the Netherlands, which have to purchase their equipment from Roche. The Groningen lab angered Health Minister Hugo de Jonge, who accused the lab of adopting an ‘every man for himself’ mindset. ‘This is not how you handle a crisis.’

Roche’s position caused an outrage in the House of Representatives yesterday. There was overwhelming support for a motion for the minister to force Roche to publish the recipe for testing solution via a ‘compulsory licence’. But lysis buffer is not subject to a patent, so that it remains to be seen whether this drastic remedy is useful. The road of enforcement via antitrust law seems to be more obvious, especially now that the EC is homing in on that strategy.

Last week, the European competition authorities issued a joint statement in which they said to keep a sharp eye on companies that abuse their position of power. ‘It is of utmost importance to ensure that products considered essential to protect the health of consumers in the current situation remain available at competitive prices. The European competition authorities will therefore not hesitate to take action against companies taking advantage of the current situation.’

The secret recipe of Roche’s lysis buffer is alleged to be freely available online, according to  the Netherlands Broadcasting Corporation (Nederlandse Omroep Stichting – NOS) yesterday. Roche CEO Esther de Rooij repeated this statement on TV talk show Jinek last night: “The recipe is known and is freely available on the internet. As far as I’m concerned, this is not a subject of discussion.” This proved to be a false statement. When Roche eventually provided a link to the recipe, it turned out to be an old recipe from 1990 for lysis buffer in general. De Rooij eventually admitted that this was indeed the case.

To be clear: the recipe on the internet is not the recipe for the lysis buffer which Roche itself produces. The old recipe is of no use to labs. As explained by Follow the Money last Thursday, it is very cumbersome for laboratories to switch to another type of lysis buffer. De Telegraaf did not fall for the frame by Roche. The newspaper’s political commentator, Wouter de Winther, was also on the TV talk show and labelled the statement of De Rooij as ‘untruthful’.

Incidentally, De Rooij did not give an inch on the TV talk show: Roche is not going to publish the recipe. The Dutch Labour party leader Lodewijk Asscher urged the company to extend its full cooperation in easing the shortages and to not stand in the way of solutions out of commercial interests. Pharmaceutical company Roche announced Friday afternoon that it will release the recipe for its lysis buffer should Dutch laboratories ask for it. 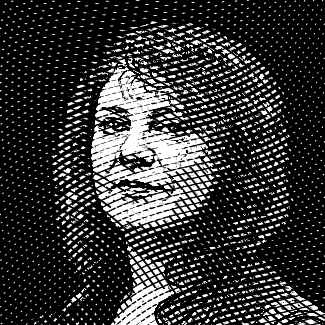 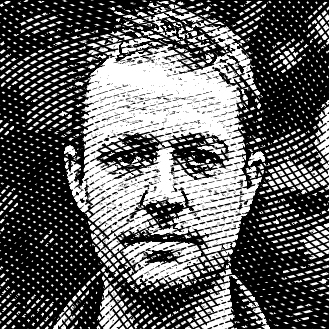 Jan-Hein Strop
Investigates corruption, perverse incentives and the interests behind the money trail.
Followed by 7836 members You follow this author
Improvements or suggestions?   Send a news tip Cancel